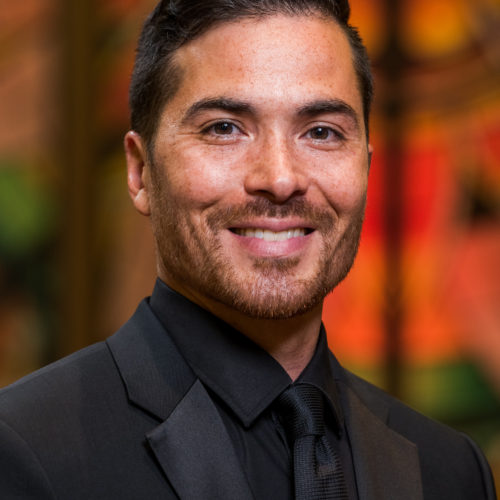 Robert Pacillo, Executive Director and Founder of Harmonia, is an active singer, conductor, clinician, teacher, and accompanist in the Western New York region. During his tenure as Artistic Director (2006-2018), Harmonia saw incredible success, from performances in New York City, including Carnegie Hall, to a Canadian tour in Québec City and Montréal. Robert is also the choral director at Lockport High School, where he conducts the Mixed Chorus, Concert Choir, Vocal Jazz Ensemble, and Women’s Chorus. He holds a Master of Music degree in Music Education, and a Bachelor of Music degree in Music Education and Piano Performance, all from the University at Buffalo. Robert is a cantor at St. Joseph Cathedral, Buffalo and St. Peter’s Church, Lewiston, and has sung with St. Joseph Cathedral Choir, Buffalo Choral Arts, and Vocális. He is music director for the Lancaster Youth Bureau Summer Theater Workshop. Robert resides in Lewiston with his wife, Catherine, and their three children.

Please consider a gift to support Harmonia. Whenever you make a financial gift, purchase a season pass, or invest in program book advertising, you're sustaining choral music in its purest, loveliest form. Harmonia returns on your investment by keeping concert tickets modestly priced and accessible to anyone who appreciates choral music in our region.

Harmonia Chamber Singers opens its 17th season with Choral Flourishes, a concert of fanfare, odes, and madrigals. Conducted by Robert Duerr, we celebrate the 150th anniversary of the birth of Ralph Vaughan Williams with A Choral Flourish and Silence and Music. Also featuring Four Shakespeare Songs by Jaakko Mäntyjärvi and Hymn to St. Cecilia by Benjamin Britten.